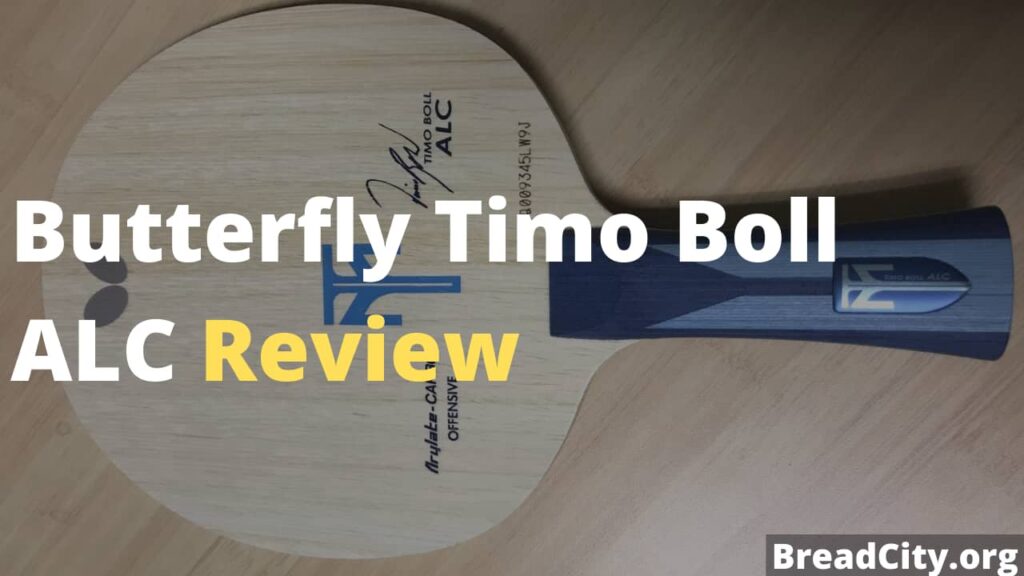 Wondering if there exists a blade made for playing offensive style with an excellent dwell time and smoother controllability? The answer to this is yes!

Described as ‘one giant sweet spot’, Tim Boll ALC table tennis blade has earned an impressive collection of positive feedback from buyers all around the globe.

It is a looper’s dream blade and the addition of the name of Timo Boll, the European Triple Champion, slapped on it, makes it a guaranteed winner from the start.

Boll has been sponsored by Butterfly table tennis since 1993 and is still playing Butterfly to this day. He has gone on to say that he is most satisfied with the agreement. 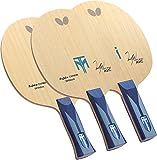 Timo Boll ALC’s blade is known for being a strong offensive weapon that is very well balanced. It possesses a combination of speed and control in the right proportion with heavy topspin.

It is an intuitive combination of wood and carbon which belongs to the Butterfly family. The name Butterfly was derived from the word’s symbolism of peace, springtime, and joy. Today, Butterfly has evolved into a premium quality brand which sponsors many athletes.

The Butterfly Timo Boll ALC blade comprises lightweight Arylate Carbon (ALC) onto a wooden blade with several high-quality wooden layers- the outer layer is made of Kotto wood, the inner ply is ALC carbon, the next layer is limba wood and the core is kiri.

ALC fibers provide a characteristic spin-oriented touch with increased dwell time compared to its hardness. The carbon layer is close to the surface of the blade which gives the Timo Boll ALC a large sweet spot.

The outside koto layer gives this blade it’s crisp feeling when looping. The dimensions of thickness and the head are 5.7mm and 157mm x 150mm respectively. This 7-ply attacking blade offers the maximum blend of speed, heavy spin, and control.

The Tim Boll ALC weighs on the medium-heavy side of about 85-90 grams. Although it’s heavy, that doesn’t serve as a disadvantage as it feels solid instead of heavy. The blade is fast but not the fastest of the Timo Boll series.

It’s neither too fast nor too slow ultimately giving you optimum control and precision in your shots. The hard texture of the blade combined with speed and its looping performance and catapult nature allows for powerful shots which work very well even away from the table.

This blade is quite flexible for an attacking carbon blade due to the inner softer layers and a fairly thin structure. A great attribute of Boll ALC is its ability to control at high speeds. 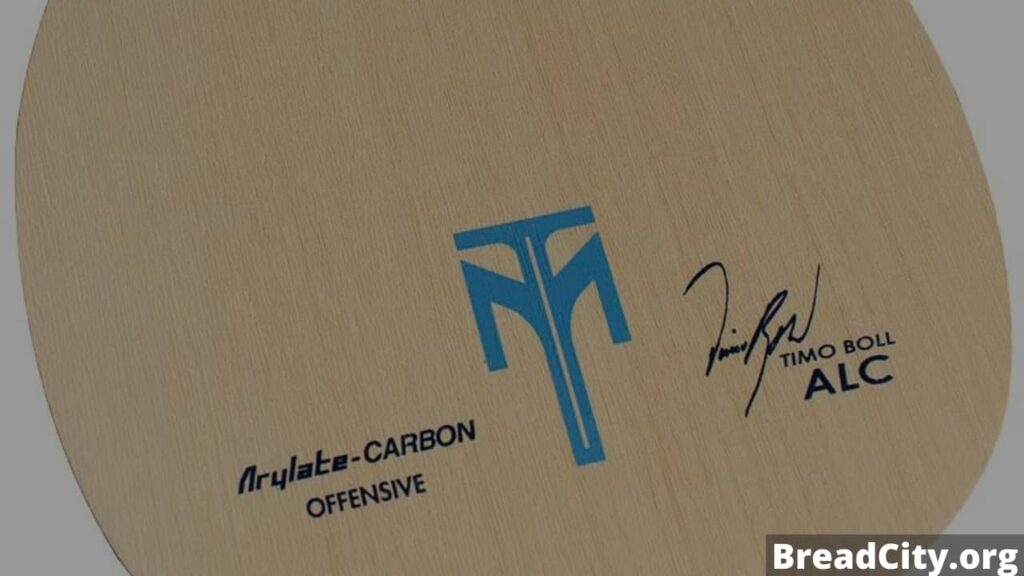 You need to have good timing in order to make use of its full effects to produce high amounts of speed, spin, and control. It excels when opening up against backspin by not only allowing you to open up well but also continue the same with the follow-up balls.

This blade is meant for looping but for touch shots, blocks, and pushes (slow speed shots) it can be tricky. Given that it is a fast blade, if you do not turn the ball correctly it can drift along giving your opponent an edge to get a hold of you.

It is one of the best carbon looping blades and is in its element at a mid-distance. This blade has a lot of influence over the spin and arc of the ball. When playing top spins, it helps to produce a very stable medium to high throw angle.

If the player has developed efficient strokes and is at the advanced level, he/she can reap its benefits to the fullest. Butterfly’s Timo Boll ALC gives quite a bit of vibration when you are playing but in a good way.

The contact feels very crisp and crunchy like the blade has really got hold of the ball and the feedback for a well-hit loop is worth noting. It does the job well of letting you know how clean your shot was, how many contacts you got with the ball, and the type of contact.

As previously mentioned, Timo Boll is the most reputable user of this blade as he helped develop it, and it was named after him. Many other world-class players are using the Timo Boll ALC. Some of them are Robert Gardos, Marcelo Aguirre, and the Taiwanese player Liao Cheng-Ting.

Taking all factors into consideration, Timo Boll ALC is a worthy blade for players with the right level of skill and expertise. It is one of the best carbon blades with a high-quality feel, speed, quality, and looping ability. It provides versatility to the modern-day attacker which makes it quite favorable in the community. However, this blade is not suitable for players at the beginner level and the budget needed for the same is on the higher side. Overall, Timo Boll ALC features commendable controllability with low vibration, thus allowing it to switch between attack to counter-attack quickly.